From Route 66 in the USA to Australia’s Great Ocean Road, there’s no shortage of opportunities to drive across roads which show off some the world’s most beautiful scenery. However, in terms of sheer variety and accessibility, Europe is particularly blessed when it comes to scenic drives.

Not only does Europe boast some of the world’s most spectacular scenic routes, there is also an abundance of ideal stopping-off points in the form of picturesque towns and villages as well as a number of the continent’s most beautiful cities. So if you’re looking to load up a van for some serious road-tripping, then feast your eyes on the views that Europe’s open roads have to offer.

One of the most beloved drives in the UK, 135 miles of the A39 sweep you across the stunning open vistas of Britain’s coastline. Head west leaving the M5 at Bridgwater and just watch the Atlantic Highway unfold before your eyes.

The charming villages and National Trust heritage sites of the Quantocks and Brendon Hills make this an ideal route to take your time over.

For a more mountainous approach, start off along the superbly stylish Geneva waterfront to drive along the southern shore of Lake Léman before heading into Chamonix in France. Winding through the French Alps before passing under Mont Blanc through its seven-mile long tunnel is an unforgettable experience.

You’ll emerge blinking into the open air of Italy’s Aosta Valley which opens the way to Turin and the sparkling coast of the Mediterranean. Before long, you climb through the small roads which hug the Apennine Mountains and lead gracefully down into the cultural jewel in Italy’s crown: Florence.

This 500-mile drive will show off Europe’s majestic mountainous driving routes and provide ample opportunity to make use of your spacious hire van in the process.

Take in the beautiful Basque countryside by starting out at Bilbao on the B1623 heading towards Pamplona through the scenic route via Sierra de Urbasa. From there the N-135 takes you through the Pyrenees for a quick hop into France via the historic Roncesvalles pass.

It won’t be long before you catch the heady scent of sea salt in the air as you cruise down to Biarritz. Complete your circuit of the Basque region by heading back to Bilbao with the stunning vista of mountains to your left and the crystal clear waters of the Bay of Biscay to your right.

If the rugged mountain passes and stately forests of Scandinavia are more your speed, then the 800 miles from Bergen to Oslo and back again are crying out for a test drive.

Starting in Norway’s second largest city, Bergen has a beauty all of its own so make time to explore it either before setting out or once you arrive back. From Bergen to Oslo it’s 350 miles of non-stop jaw-dropping scenic splendour. For the return trip, consider taking the slightly lengthier coastal route via Kristiansand and Stavanger to experience the charm of Norway’s prettiest villages and coastal towns.

Just watch out for elk that are liable to wander onto the roads, even the toughest 4x4s will come off badly if you’re not careful! 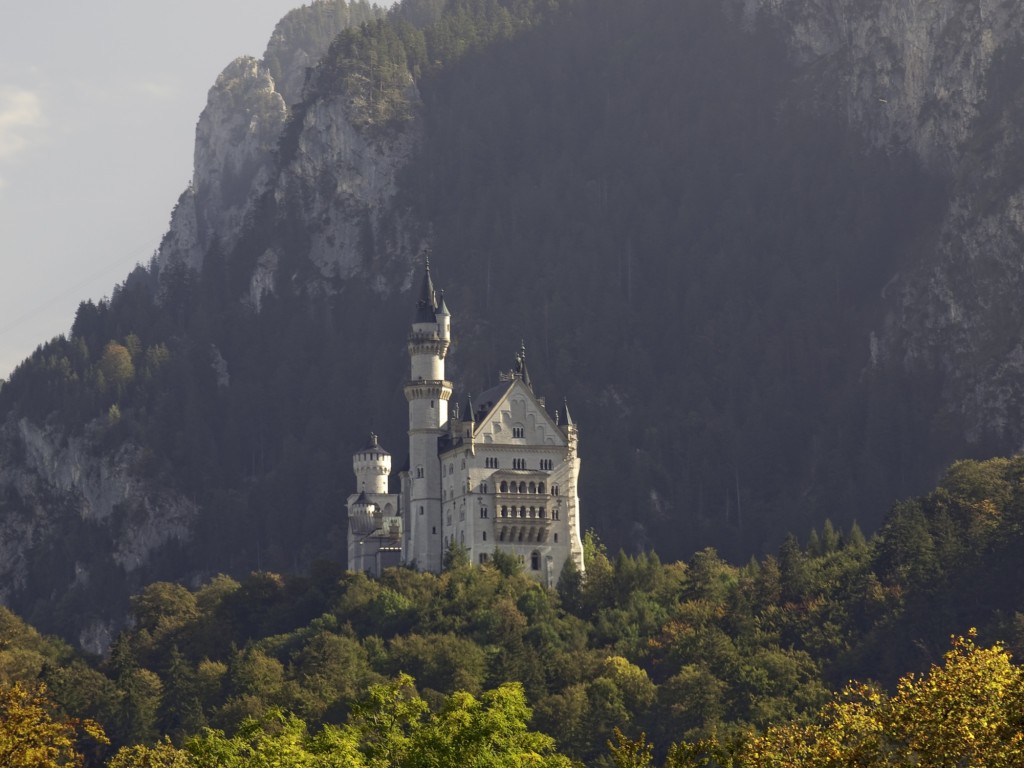 An absolute classic European scenic drive, this route twists along the edges of the Bavarian Alps which make it somewhat tricky to follow at times but the views make it more than worth the effort. With a combination of a reliable atlas and Sat Nav you’ll be able to negotiate your way through picture-perfect towns such as Oberstaufen, Ettal and Garmisch.

Perhaps the crowning glory of this route is that it lets you take in the absolutely spectacular Neuschwanstein castle (pictured above) which rises up out of the trees like it belongs in a fairy tale. It simply has to be seen to be believed, just make sure you don’t neglect the road entirely once it comes into view, it’s very easy to be distracted!

Travel the World: The Best Road Trip on Each Continent

Going out on the road has been popular for a very long time. There is no rule as to why you should take road...
Read more
Road Trips

How to Road Trip around Europe

Going on a road trip is certainly an experience every single person should have at least once in their lifetime. Understandably, Europe is a...
Read more
Road Trips

The Benefits of Renting an RV For Traveling

Let us say that you want to go on holiday for a couple of days. The first thing you should look for is accommodation....
Read more

How Hotels Can Survive the Coronavirus

2020 has been a year of social hardship and uncertainty. Coronavirus is an airborne...
Read more
Gadgets & Gizmos

Shakespeare Ugly Stik GX2 – What to Look for...

For any fishing enthusiast when thrown the name ‘Ugly Stik’ they would immediately know...
Read more
Gadgets & Gizmos

Outdoor adventures are a nice hobby, but every once in awhile, something unexpected happens...
Read more
Business Travel

Consider These Three Simple Tips Vacationing regularly, whether solo or with family and friends, is...
Read more
Travel Tips and Tools

Here’s What You Need to Pack for Your First Camping Trip Traveling is always a...
Read more
Eco-Tourism

12 Useful Tips on How to Keep Yourself Warm...

Tent camping is a great family outdoor activity around the world. In fact, the...
Read more