Playing it Safe in Latin America

Latin America is best known for its varied terrain, agreeable climate and relative low cost, in short, for being a backpacker’s dream. However, while these virtues are true of the diverse region, to experience the many benefits of Latin America to their fullest, there are a few precautions worth taking for travellers in the area.

For a backpacker in certain areas of Latin America, a passport is heavily involved in everyday life. One can barely buy a carton of milk without having to produce the documentation, so it would be very hard to get around were it to go missing. To ensure its continued safety, it’s a good idea to instead carry a photocopied version around with you while leaving your actual passport locked up in a safe place.

It is important to take vaccinations seriously when in Latin America, as well as the prevalence of certain diseases in areas. Proof of various inoculations will need to be presented at the border of some territories. Visitors should prepare early for a trip because treatments, such as a full course of Hepatitis B vaccines, can take as long as five months to be administered. You can find out which vaccines you’ll need with a visit to your local doctor surgery or by checking the Center for Disease Control website. If you’re going near the jungle then you’ll also need to take malaria tablets and insect repellent.

Violent crime is not particularly high in Latin America, petty theft, however, is relatively common, especially in cities. Try to take a low key approach to dressing, avoid wearing expensive jewelry and keep electronic items well hidden and well secured on your person. 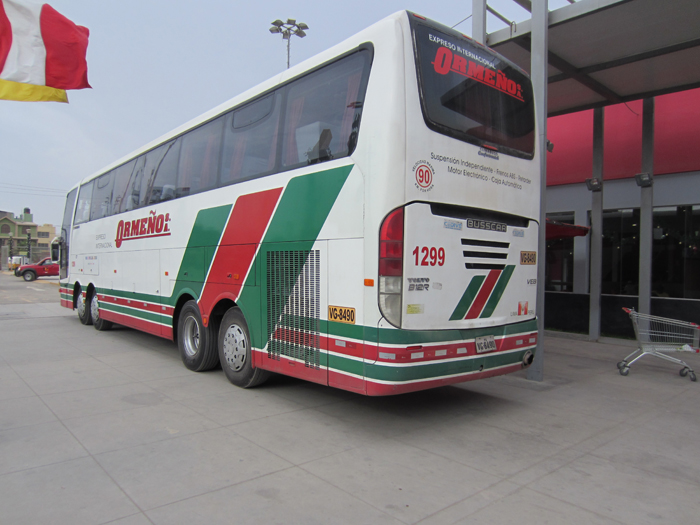 When travelling by bus, try to use only reputable companies, especially when in coastal areas, and avoid long haul buses that are overpacked. If the company disregards this most basic of safety regulations, it is likely that other safety measures may also be lacking. It is also important to take great care as a pedestrian, particularly in Peru and Mexico where traffic lights are often completely disregarded.

Check reviews of prospective hostels so that you can get an idea of what to expect. If a guest house has been marked down consistently for security it may be worth avoiding. Many hostels provide cupboards where you can put your things but padlocks are not always supplied, so it’s a good idea to take your own.

The biggest threat posed by taxis, if you’re in them at least, is getting overcharged. Where a meter is not present, before embarking negotiate what you think to be a reasonable price and ascertain whether you’re being charged in the local currency or dollars. It is an ambiguousness that can otherwise be taken advantage of. Only pay on arrival at your destination. Even if there is a meter, it’s still a good idea to have a rough estimate of what a journey should cost, this way you can tell if you’re being taken the scenic route. Sticking to licensed secure taxis may cost a bit more but are generally much safer.

Although Latin America is generally safe for backpackers, there are a few areas that are probably best avoided.

Venezuela is beautiful country but currently in the midst of a widespread unrest. There is a real threat of violent protests and travel to the region should be treated with great care. The areas bordering Colombia should be avoided, here illegal armed groups and drug traffickers are among the controlling forces and the threat of kidnapping is high.

Haiti not only carries the threat of natural disasters but also has a reputation for being dangerous for travellers, with a high risk of criminal activity in all parts of the Caribbean region.

Downtown areas in all big cities should be treated with caution at night. To avoid drawing attention to the fact that you may be unfamiliar with an area, try to get a good sense of your bearings before heading out.

As obvious as it may sound, the biggest safety defense that you can carry with you while backpacking is common sense. It can be easy to feel liberated in a new culture but it is important to keep your wits about and not to take any risks that you wouldn’t normally take back home.

Andreas Ambarchian is a freelance journalist from England. He writes about a variety of subjects including travel, wildlife and sport. He wrote this article on behalf of South America Vacations, a leading provider of travel experiences throughout Latin America.