10 Colombian Wonders You Should Not Miss

We often think of the Seven Wonders of the World when we hear names like Colossus of Rhodes, Great Wall of China and TajMahal, but did you know that there are actually ten wonders in Colombia?  Actually, seven of them were voted on in a competition sponsored by El Tiempo, a South American newspaper, but the last three were such great tourist destinations; we couldn’t help but add them on our own.

Coming in first place with 6,654 votes is the Salt Cathedral of Zipaquirá, an underground Roman Catholic Church as well as the most famous Colombian architectural achievement.  Formed over 250 million years ago, the salt deposits make up the backing of this world famous cathedral and provide stunning views for the inhabitants of Cundinamaraca Department, a town located 49 km north of Bogota. There are three main sections inside the cathedral which symbolize the birth, life and death of Jesus Christ:

While in the Salt Park, be sure to visit The Sacred Axis, The Salt Dome, The Brine Museum and The Salt Auditorium.

In second with 5,057 votes is Las Lajas Sanctuary, a basilica church which shows off classic Gothic revival architecture. The sanctuary is actually constructed inside of the Canyon of Guaitara River and is named after the flat sedimentary rock which is abundant in the Andes Mountains, the Laja.  The sanctuary’s claim to fame—aside from the architecture—is a reported vision of the Virgin Mary.

At 4,680 votes, this UNESCO World Heritage Site boasts some of the most artistic representations of various Gods and mythical animals inside this archaeological park. The entire site occupies over 2,000 square kilometers where you can see gorgeous statues and monuments such as Las Mesitas and the Bosque de Las Estatuas.

Ciudad Perdida came in fifth place with 4,373 votes amongst the seven wonders of Colombia competition.  Meaning “The Lost City” in Spanish, the Perdida is an archaeological site believed to be founded close to 800 A.D.  Enjoy the many small streams and waterfalls but be sure to arm yourself with mosquito repellent and nets if you plan on taking a nap; you’ll be eaten alive.

Tierradentro came in sixth with 2,787 votes and is a National Archaeological Park in Inza, Colombia as well as another one of UNESCO’s world heritage sites. Marvel at the huge underground tombs such as Alto del Aguacate, Ioma de San Andres and Alto de Buende which are decorated with native motifs containing side chambers.

The national theatre of Christopher Columbus came in seventh with 2,785 votes and is one of the best examples of the Neo classical style architecture. Teatro Colon was built by world-famous Italian architect Pietro Cantini, and was dedicated in 1892.  In 1975, the Teatro was declared a national monument making its famous horseshoe shape a wonder of Columbia.

Bolivar Square is our pick for number eight since it’s the most visited tourist spot in the Colombia’s capital city.  Widely believed to be the most beautiful square in all of South America, a spectacular monument was constructed in honor of the famous Simon Bolivar.  Be sure to visit the other famous landmark located in the square, the Colombian National Capitol, one of the most beautiful buildings in all of Columbia.

The Amazonian rainforest comes in ninth on our list of Columbian wonders because even though it stretches far beyond the Columbian borders, it represents more than half of the rainforests on the planet and is by far the richest area in species diversity in the world.  It is thought that millions of new species are yet to be discovered in the rain forest and that the cures for man’s deadliest diseases can be found by exploring them—both of these explorations continue to this very day.

Rounding out our list of top ten Columbian wonders is Tayrona National Park, famous for its wild and pristine beauty that remains virtually untouched by humans.  Thanks to its unique coastline on the Caribbean coast,  the park remains as natural as the day it was formed, covering 300 square km in the Caribbean Sea and 1,200 square km of the coast, sitting about 970 meters above the sea level. Rent hammocks and spend the night while you spend your days snorkeling and surfing on the most beautiful coastline in all of Latin America.

Author Bio – Dillon Michealson, the author of this article writes on behalf of InsanelyCheapFlights. For more details on how to get the best deal on cheap airline flights, do get in touch with him today. 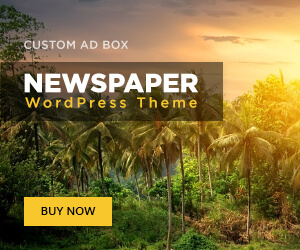